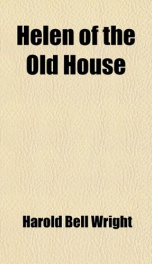 Helen of the Old House Series: Unknown Year: Unknown Raiting: 2/5 Purchase of this book includes free trial access to www.million-books.com where you can read more than a million books for free. This is an OCR edition with typos. Excerpt from book: CHAPTER II LITTLE MAGGIE'S PRINCESS LADY BY nine out of ten of the Millsburgh people, the Interpreter would be described as a strange character. But the judge once said to the cigar-store philosopher, when that worthy had so spoken of the old basket maker, "Sir, the Interpreter is more than a character; he is a conviction, a conscience, an institution." It was about the time when the patents on the new process were issued that the Interpreter-or Wallace Gordon, as he was then knownappeared from no one knows where, and went to work in the Mill. Because of the stranger's distinguished appearance his evident culture, and his slightly foreign air, there were many who sought curiously to learn his history. But Wallace Gordon's history remained as it, indeed, remains still, an unopened book. Within a few months his ability to speak several of the various languages spoken by the immigrants who were drawn to the manufacturing city caused his fellow workers to call him the Interpreter. Working at the same bench in the Mill with Adam Ward and Peter Martin, the Interpreter naturally .saw much of the two families that, in those days lived such close neighbors. Sober, hard working modest in his needs, he acquired, during his first year in the Mill, that little plot of ground on the edgeof the cliff, and built the tiny hut with its zigzag stairway. But often on a Sunday or a holiday, or for an hour of the long evenings after work, this man who was so alone in the world would seek companionship in the homes of his two workmen friends. The four children, who were so much together that their mothers used to say laughingly they could scarcely tell which were Wards and which were Martins, claimed the Interpreter as their own. With his never-failing fund of stories, his intimate acquainta... Show more
add to favoritesadd In favorites 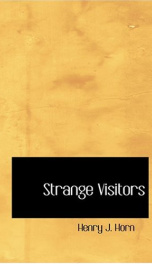 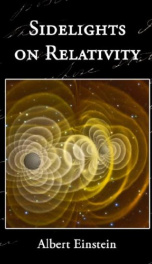 Sidelights on Relativity by Einstein Albert 5/5 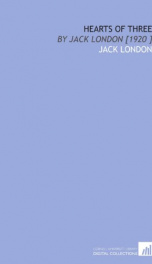 hearts of three by London Jack 5/5

The Philippines: Past and Present (Volume 1 of 2) by Worcester Dean C. 5/5
Show more