the column a novel

Purchase of this book includes free trial access to www.million-books.com where you can read more than a million books for free. This is an OCR edition with typos. Excerpt from book: Chapter III  Daphne DAPHNE climbed slowly up the narrow path that wound from the beach to the base of the column. Something in the deliberate easiness of her ascent, the level carriage of her head, would have suggested to an onlooker the distinction of a frieze; though she was alone, but for Angelique, who, towel-bearing, panted behind. Neither, curiously, would one have missed the intervening figures of the procession. There are personalities that people their immediate neighbourhood with associations not the less actual for being intangible; and the interval between the girl and the woman, though empty to the bodily eye, seemed to share some hint of the former's passage, as one continues to hear the vibration of a note that has just been sounded. One might indeed call the illusion that of visible arpeggios,  the more so as the girl's movements seemed to obey the pulse of solemn music  for example, the march from " Alcestis." Reaching the head of the path, Daphne sent Angelique on to the house, and seatedherself at the foot of the column. The salt water had stung her face and neck to a rosy brightness, but she did not breathe faster for the exertion of climbing. She leaned back against the warm marble and half closed her eyes. In a few minutes she was surrounded by a screaming flock of gulls, whose persistence indicated the expectation of a daily function. Taking some biscuits from her pocket, the girl slowly broke them, scattering the fragments on the short, aromatic turf around her. The clamour of the sea-birds dropped to a gobbling murmur, so absurdly suggestive of dinner conversation that the girl laughed aloud. When one of the gulls squawked sharply, she murmured to herself, " He is calling ' Gar9on.'" The birds themselves took no more notice of her presence t... --This text refers to an alternate Paperback edition.
Show more
add to favoritesadd In favorites

Sermons Preached Before the Univeristy: And in Other Places 4/5

the happy medium and other stories 3.5/5

rebel conditions of peace and the mechanics of the south 4.5/5

an address to the members of the religious society of friends on the duty of d 3.5/5 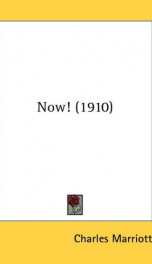