Purchase of this book includes free trial access to www.million-books.com where you can read more than a million books for free. This is an OCR edition with typos. Excerpt from book: CHAPTER III. " COME YE m PEACE HEKE, OR COME YE IN WAR ? " Half a dozen miles from Verdevalethe name of the Vardray placestands a much older and more stately house, which has been since its erection the home of the Duncans, the family of largest wealth and most influence in all the country-side. Of this family there have never been many representatives, and of late years these have diminishedsome falling in battle, some dying from natural causesuntil but one remains, the soldierly-looking man well known in all the country as Colonel Hugo Duncan, who stands in the morning sunshine on the stone steps of Cliffton (so the house is called, crowning as it does a bold and beautiful cliif above a rushing river), drawing on his gloves preparatory to mounting the horse that is waiting for him. A soldierly-looking, but not a handsome, and certainly not a young man. Geoffrey is right enough on that point. Hugo Duncan has reached his forty-fifth year, and looks every day of that age. In figure he is a model of strength, though the square breadth of his shoulders detracts from the grace of his appearance; but he has little of which to boast in symmetry of feature. It is a frank, resolute, attractive face, howevera face characterized by striking energy and expressing in every line the faculty of command, yet also full of a kindness so genial that, when it shines from the deep-set eyes, it is quite possible to forget what heavy eyebrows hang over them, what a square jaw and firm mouth lie below.Originally of fair complexionas the auburn hair and red beard proveexposure to sun and wind has deeply bronzed all his face, except the broad brow, which preserves its whiteness, and lies like a snow-drift under the rich wave of his hair. Yes, strong, brave, forceful" a man every inch "... --This text refers to an alternate Paperback edition.
Show more
add to favoritesadd In favorites

A Daughter of Bohemia: A Novel 5/5

the land of the sun vistas mexicanas a novel 4/5

ninas atonement and other stories 5/5 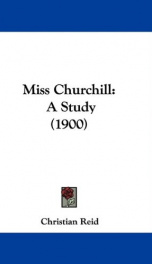 after many days a novel 4/5 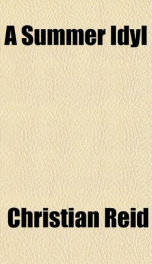 A Daughter of Bohemia: A Novel 5/5
Show more