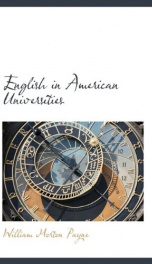 Purchase of this book includes free trial access to www.million-books.com where you can read more than a million books for free. This is an OCR edition with typos. Excerpt from book: ENGLISH AT STANFORD UNIVERSITY. PROFESSOR MELVILLE B. ANDERSON. In order to understand the purposes and methods of the English courses at the Leland Stanford Jr. University, it is necessary to know something about our system of what is technically called " major subjects." At the beginning of his second year in the University every student is expected to elect a specialty, to which he shall devote at least a third of his time throughout his undergraduate course. So soon as the specialty, or major subject, has been chosen, the professor of that subject becomes the student's official adviser, and no degree is granted until the course pursued by the student shall have been in all respects satisfactory to the professor. It will be seen that this system combines the advantages of great freedom of election on the part of the student, with those of direct, close, and friendly supervision on the part of an expert. Thus, for example, if a student upon entering the University chooses English as his major subject, he is expected to report every semester to one of the professors of English, whose approval he is bound to secure for the course he elects. Should the student see fit to elect certain subjects not approved by his major professor, he is perfectly free to do so, the probable result being that his residence at the University will be so much the more prolonged. If, therefore, a student is willing either to prolong his residence or to renounce the hope of obtaining a degree, his freedom of election is conditioned only upon his competency to get on in the studies elected. The usualresult of the system is simply this: The student takes the five or more hours of work in English (if that be his specialty); several more hours in collateral subjects, such as Latin, French, German, or Hi... --This text refers to an alternate Paperback edition.
Show more
add to favoritesadd In favorites 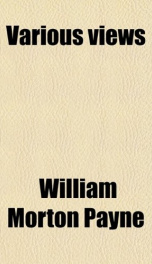 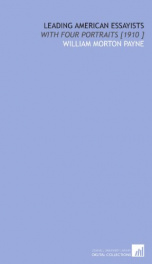 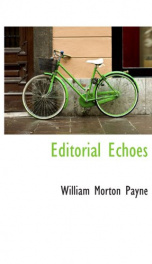