dixie or southern scenes and sketches 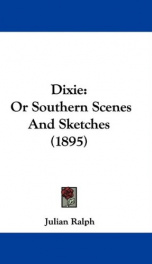 Purchase of this book includes free trial access to www.million-books.com where you can read more than a million books for free. This is an OCR edition with typos. Excerpt from book: SALOON OKNAMENT The boat stopped at a landing, and it was as if it had died. There was no sound of running about or of yelling; there was simply deathlike stillness. There was a desk and a student-lamp in the great cabin, and, alas for the unities! on the desk lay a pad of telegraph blanks" the mark of the beast!" But they evidently were only a bit of accidental drift from wide-awake St. Louis, and not intended for the passengers, because the clerk came out of his office, swept them into a drawer, and invited me to join him in a game of tiddledywinks. He added to the calm pleasures of the game by telling of a Kentucky girl eleven feet high, who stood at one end of a very wide table and shot the disks into the cup from both sides of the table without changing her position. I judged from his remarks that she was simply a tall girl who played well at tiddledywinks. Ko man likes to be beaten at his own game, the tools for which he carries about with him. Even princes of the blood royal show annoyance when it happens. I slept like a child all night, and mentioned the fact at the breakfast table, where the men all spoke to one another and the clerk addressed each of us by name as if we were in a SALOON OKNAMENT boarding-house. Everyone smiled when 1 said that the boat's noise did not disturb me. " Why, we tied up to a tree all night," said the clerk, "and did not move a yard until an hour ago." At this breakfast we had a very African-looking dish that somehow suggested the voudoo. It appeared like a dish of exaggerated canary seed boiled in tan-bark. '" Dat dere," said my waiter, "is sumping you doan' git in no hotels. It's jambulladc. l)ev done make it ob rice, tomatoes, and brekfus' bacon or ham; but ef dey put in oysters place ob de ham, it's de fines' in d... --This text refers to an alternate Paperback edition.
Show more
add to favoritesadd In favorites

if you like dixie or southern scenes and sketches try:

At Pretoria: A Companion Volume to "Towards Pretoria". 4/5

An American with Lord Roberts 5/5

Dixie; Or, Southern Scenes and Sketches 4.5/5 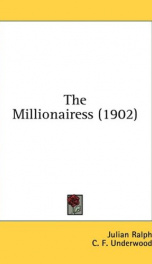 the making of a journalist 4/5 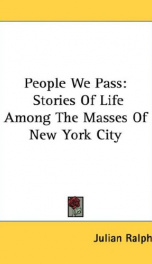 dixie or southern scenes and sketches 4/5

at pretoria a companion volume to towards pretoria 4/5

along the bowstring or south shore of lake superior 4/5 a prince of georgia and other tales 4/5

if you like dixie or southern scenes and sketches try:

Towards Pretoria: A Record of the War Between Briton and Boer, to the Hoisting of the British ... 3/5
Show more