boscobel or the royal oak 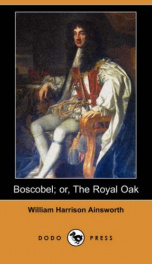 William Harrison Ainsworth (1805-1882) was an English historical novelist. For a short time he tried the publishing business, but soon gave it up and devoted himself to journalism and literature his first success as a writer of romance being scored with Rookwood in 1834, of which Dick Turpin is the leading character; and thenceforward he continued to pour forth till 1881 a stream of novels, to the number of 39. Tower of London was his fourth work, and, according to Ainsworth himself, it was written chiefly with the aim of interesting his fellowcountrymen in the historical associations of the Tower. Ainsworth depends for his effects on striking situations and powerful descriptions: he has little humour or power of delineating character. His other works include The Admirable Crichton (1837), Jack Sheppard (1839), Windsor Castle (1843), The Lancashire Witches (1849), Guy Fawkes (1842), The Flitch of Bacon (1842) and Boscobel; or, The Royal Oak (1872).
Show more
add to favoritesadd In favorites

if you like boscobel or the royal oak try:

The Star-Chamber,Volume 2An Historical Romance 3/5

The Star-Chamber,Volume 1An Historical Romance 4/5 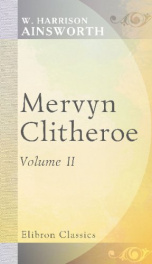 guy fawkes or the gunpowder treason an historical romance 3.5/5 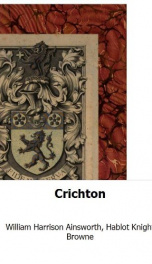 cardinal pole or the days of philip and mary an historical romance 4.5/5

if you like boscobel or the royal oak try: