among the northern hills 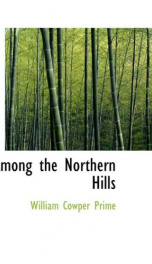 Purchase of this book includes free trial access to www.million-books.com where you can read more than a million books for free. This is an OCR edition with typos. Excerpt from book: Ill AN UP-COUNTRY ARTIST The sun was nearing the horizon. The road ran close by the side of the river. It was a narrow road just there, and the river was but a small streama brooklet rather than a brook. But they call it the river, because far down the highland slopes, when it reaches the open country, having received all along its way supplies of water from thousands of springs, it is a river, turning the wheels of great mills, and, farther on, floating ships. Here it ran between grassy banks, crossing and recrossing the road, which was not even bridged over it. But as we drove on it grew stronger, and when another road joined that on which we were driving another stream came in also, and thereafter the road was better and the stream was larger. Soon the slope which had been gentle on the open upland became more steep. Road and river entered the forest, and plunged downhill together. They never separated for miles, the wagon-track following every bend and angle of the torrent, until, at the foot of the long descent, both together came out on a broad valley. Three or four miles across the valley we could see the white tower of a church and a mass of elm- trees which hid the village. But we did not go on to the village. For as we left the forest and came out on the plain we parted company with the stream, which wandered away in green meadows, while the road passed in front of a farm-house, standing among sheds and barns, all looking old and weather-worn, but all in good order. The place had not changed in aspect since I drove up to the door of the old house forty odd years ago. The same stone-walls enclosed the fields, the same clematis vines ran over them, the same white spires of meadow-sweet stood up out of low green thickets, the same choke-cherry trees dangled ... --This text refers to the Paperback edition.
Show more
add to favoritesadd In favorites

Among the Northern Hills 4/5

Among the Northern Hills 4.5/5

Boat life in Egypt and Nubia 4/5 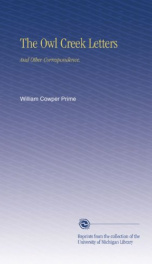 the owl creek letters and other correspondence 5/5 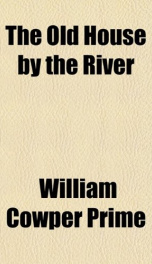 the old house by the river 4/5 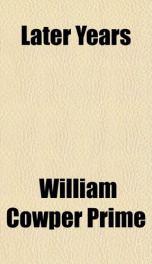 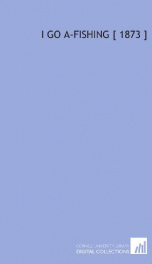 among the northern hills 5/5 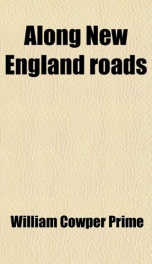 Among the Northern Hills 4/5