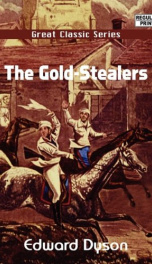 Edward George Dyson (1865-1931) was an Australian poet, journalist and short story writer. At 19 he began writing verse, and a few years later embarked on a life of free-lance journalism which lasted until his death. His first notable work was The Golden Shanty, which appeared in the Bulletin, and many other short stories followed. In 1896 he published a volume of poems, Rhymes from the Mines, and in 1898 the first collection of his short stories, Below and On Top. In 1901 his first long story The Gold-Stealers was published in London, which was followed by In the Roaring Fifties in 1906. In the same year appeared Fact'ry 'Ands, a series of more or less connected sketches dealing with factory life in Melbourne in a vein of humour. Various other stories and collections of stories were published in the Bookstall Series and will be found listed in Miller's Australian Literature. Another volume of verse Hello, Soldier! appeared in 1919. --This text refers to an alternate Paperback edition.
Show more
add to favoritesadd In favorites

The Gold-StealersA Story of Waddy 3/5 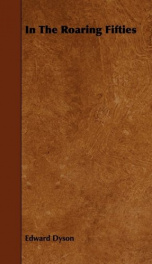 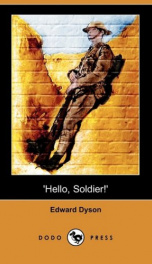 The Gold-StealersA Story of Waddy 3/5