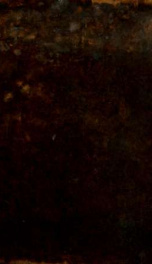 Privilege dated 15 Nov. 1631 (p. 6, pt. 1), but the earliest ed. given in BN is that of Melchior Tavernier (Paris, 1634). The Lorraine section of that ed. retains the title from its previous independent issue; this is lacking in the present copy, which may therefore be from one of the subsequent eds. of 1636, 1638, or 1652 Twenty-one hand-drawn or traced maps, plans and views (1 folded) are included in Library's copy. They are extra, not called for in the sectional tables of contents. All are drawn in brown and black ink. Some are heightened with red, and some of these have facing blank leaves, apparently serving as guards. One is a hand-drawn plan of Calais, incorporating new fortifications built through 1650, in addition to the printed plan of Calais that appears as plate 5 of the Picardie section. (This implies that the present vol. was assembled after 1650.) Hand-drawn plates with updated fortifications are also included for Boulogne, Ardres, Le Havre, Château de Mont Hulin, Montreuil and Brouage. Two entirely hand-drawn sections are included in pt. 2. They are for Montferrat and Roussillon, and each comprises a drawn title leaf and three leaves T.p.'s of both pts. are engraved. Each province has an engraved title leaf, sometimes followed by an engraved contents leaf. The leaves for each province are foliated separately. The first plate of pt. 1 ("Carte generale de France") is repeated as the first plate in pt. 2 BN Provinces contenues en ceste premiere partie: Picardie, Bretagne, Champagne, Normandie, Ile de France, Lorraine, Brie -- Provinces contenues en ceste seconde partie: Bourgogne, Dauphiné, [Monferrat], Provence, Comtat et Oranges, Languedoc, [Rousillon], Foix & Bearn, Guyenne, Poitou, Riviere de Loire, Beauce & Gastinois Library's copy lacks no. 5 of the Isle de France section (plan of Paris) and no. 16 (view of Coussy) Binding: the 2 pts. bound in 1 v., covered in old calfskin. Spine tooled in gilt; title in gilt on black label. Edges of boards tooled in gilt. Upper page edges silvered, foredge sprinkled black Signed on front pastedown by Walter Ashburner and dated 1900 at Lincoln's Inn; and with his armorial property stamp in black ink on recto of 2nd text leaf, reading: Walter Ashburner, Firenze. At left of front pastedown is Giovanni Muzio's etched bookplate by Giacomo Manzù, now covered by a bookplate of the Getty Center Library. Front free endpaper recto signed by J. Annesley and dated 1809 at Flushing
Show more
add to favoritesadd In favorites