I and my Chimney

Herman Melville (1819-1891) was an American novelist, short story writer, essayist, and poet. His first two books gained much attention, though they were not bestsellers, and his popularity declined precipitously only a few years later. By the time of his death he had been almost completely forgotten, but his longest novel, Moby-Dick; or, The Whale (1851) - largely considered a failure during his lifetime, and most responsible for Melville's fall from favor with the reading public - was rediscovered in the 20th century as one of the chief literary masterpieces of both American and world literature. Melville is less well known as a poet and did not publish poetry until late in life. Other works include Typee (1846), Omoo (1847), Mardi and a Voyage Thither (2v/1849), Redburn: His First Voyage (1849), White-Jacket (1850), Pierre (1852), Israel Potter: Fifty Years of Exile (1855), The Piazza Tales (1856), Benito Cereno (1856), Battle-Pieces and Aspects of the War (1866), Timoleon (1891), The Apple-Tree Table (1922), John Marr and Other Poems (1922), The Confidence-Man: His Masquerade (1923), Billy Budd (1924), and Journal up the Straits (1935). --This text refers to an alternate Paperback edition.
Show more
add to favoritesadd In favorites

The Confidence-Man His Masquerade 4/5

White Jacketor,the World on a Man-of-War 3/5 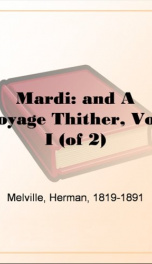 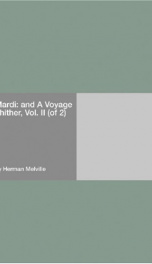 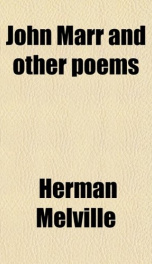 John Marr and Other Poems 5/5 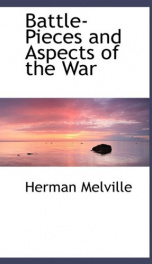 Battle-Pieces and Aspects of the War 5/5

The Confidence-Man His Masquerade 4/5