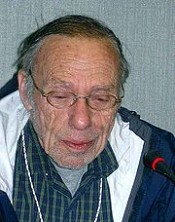 Bad Medicine Series: Unknown Year: Unknown Raiting: 1/5 On May 2, 2103, Elwood Caswell walked rapidly down Broadway with a loaded revolver hidden in his coat pocket. He didn't want to use the weapon, but feared he might anyhow. This was a justifiable assumption, for Caswell was a homicidal maniac.It was a gentle, misty spring day and the air held the smell of rain and blossoming-dogwood. Caswell gripped the revolver in his sweaty right hand and tried to think of a single valid reason why he should not kill a man named Magnessen, who, the other day, had commented on how well Caswell looked.What business was it of Magnessen's how he looked? Damned busybodies, always spoiling things for everybody....Caswell was a choleric little man with fierce red eyes, bulldog jowlsand ginger-red hair. He was the sort you would expect to find perchedon a detergent box, orating to a crowd of lunching businessmen andamused students, shouting, "Mars for the Martians, Venus for theVenusians!"But in truth, Caswell was uninterested in the deplorable social conditions of extraterrestrials. He was a jetbus conductor for the New York Rapid Transit Corporation. He minded his own business. And he was quite mad.Fortunately, he knew this at least part of the time, with at least half of his mind........ Show more
add to favoritesadd In favorites 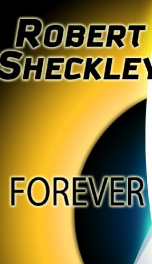 Forever Series: Unknown Year: Unknown Raiting: 3.5/5 With so much at stake, Charles Dennison should not have been careless. An inventor cannot afford carelessness, particularly when his invention is extremely valuable and obviously patentable. There are too many grasping hands ready to seize what belongs to someone else, too many men who feast upon the creativity of the innocent...Robert Sheckley (1928-2005) was a Hugo and Nebula nominated American author. First published in the science fiction magazines of the 1950s, his numerous quick-witted stories and novels were famously unpredictable, absurdist, and broadly comical.Sheckley was given the Author Emeritus honor by the Science Fiction and Fantasy Writers of America in 2001. Show more
add to favoritesadd In favorites