William Arthur Dunkerley (November 12, 1852 - January 23, 1941) was a prolific English journalist, novelist and poet. He was born in Manchester, spent a short time after his marriage in America before moving to Ealing, west London, in the 1880s, and then to Worthing in Sussex in 1922, where he became the town's mayor.[1] He wrote under his own name, and also as John Oxenham for his poetry, hymn-writing, and novels. His poetry includes Bees in Amber: a little book of thoughtful verse (1913) which became a bestseller. He also wrote the poem Greatheart. He used another pseudonym, Julian Ross, for journalism. Dunkerley was a major contributor to Jerome K. Jerome's The Idler magazine. He had two sons and four daughters, of whom the eldest, and eldest child, Elsie Jeanette, became well known as a children's writer, particularly through her Abbey Series of girls' school stories. Another daughter, Erica, also used the Oxenham pen-name. The elder son, Roderic Dunkerley, had several titles published under his own name.
Show more
add to favoritesadd In favorites 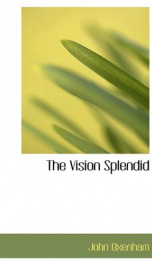 the long road a novel Series: Unknown Year: Unknown Raiting: 5/5 Purchase of this book includes free trial access to www.million-books.com where you can read more than a million books for free. This is an OCR edition with typos. Excerpt from book: CHAPTER III But little Stepan's recollections of the long road were not entirely and only of mud, though the mud stuck to him longest. It was springtime when they left their home in Kazan, and he was nine years old. He was now past ten, and they were still on the roada long, long walk for small legs even if they were sturdy ones. Spring, summer, autumn, winter, and spring again, the little feet had padded sturdily alongside the heavier ones. In the summer and autumn they covered twice the necessary distance each day, for then the steppes were gay with flowers and the woodlands rich with fruit. There were endless leagues of soft green grass enamelled with daisies and primroses, mile- long stretches of vivid yellow buttercups, and here and there blue forget-me-nots in such profusion that the small boy stood and looked first at the ground and then at the sky, to see if by chance some of it had not fallen on the earth. Oh, a wonderful place, those great Siberian steppes at their best, when the sun shone out of a cloudless sky, and quite to the liking of a small boy of an inquiring turn of mind. All day long he was never still for a moment. A dozen times a day he would break from his mother's side with a whoop and speed away after sparrows and cuckoos, and the little tufted steppe-quails which ran up fearlessly to see what all these strangers meant. And sometimes his mother's eyes would grow anxious, when he disappeared completely among the grasses which reached far above his head. But always, sooner or later, he came running in again from here and there, laden with flowers, and full of deeds of prowess almost done. And sometimes the way led through mighty forests of elms and poplars and maples and lofty silver birches, and in the thickets he would find wild cherr... --This text refers to the Paperback edition. Show more
add to favoritesadd In favorites

high altars the battle fields of france and flanders as i saw them Series: Unknown Year: Unknown Raiting: 5/5 Show more
add to favoritesadd In favorites

Pearl of Pearl Island Series: Unknown Year: Unknown Raiting: 3.5/5 Purchase of this book includes free trial access to www.million-books.com where you can read more than a million books for free. This is an OCR edition with typos. Excerpt from book: PART THE THIRD Six o'clock next morning found Graeme on the deck of the Ibex as she threaded her way swiftly among the bristling black rocks that guard the coast of Guernsey. Herm and Jethou lay sleeping in the eye of the sun. Beyond them lay a filmy blue whaleback of an island which he was told was Sark, and it was to Sark he was bound. And wherefore Sark, when, within reasonable limits, all the wide world lay open to him ? Truly, it might not be easy to say. But this I know,having so far learned the lesson of life, though missing much elsethat at times, perhaps at all times, when we think our choice of ways our very own,when we stand in doubt at the crossroads of life, and then decide on this path or that, and pride ourselves on the exercise of our high prerogative as free agents,the result, when we look back, bears in upon our hearts the mighty fact that a higher mind than our own has been quietly at work, shaping our ends and mouldingand rounding our lives. We may doubt it at times. We may take all the credit to ourselves for dangers passed and tiny victories won, but in due time the eyes of our understanding are opened and we know. Possibly it was the rapt eulogiums of his friend Blackwho had spent the previous summer in Sark, and had ever since been seeking words strong enough in which to paint its charmsthat forced its name to the front when he stood facing the wide world, that lacked, for him at all events, a Margaret Brandt, and was therefore void and desolate. " If ever you seek perfect peace, relief from your fellows, and the simple life, try Sarkand see that you live in a cottage ! " he remembered Adam Black murmuring softly, as they sat smoking at the Travellers' one night, shortly after that memorable dinner of the Whitefriars'. And then he ... Show more
add to favoritesadd In favorites

A Maid of the Silver Sea Series: Unknown Year: Unknown Raiting: 2.5/5 Illustrated by Harold Copping --This text refers to the Paperback edition. Show more
add to favoritesadd In favorites

Carette of Sark Series: Unknown Year: Unknown Raiting: 3.5/5 WITH SIXTEEN ILLUSTRATIONS, FROM PHOTOGRAPHS OF SARK, SPECIALLY TAKEN FOR THIS BOOK --This text refers to an alternate Paperback edition. Show more
add to favoritesadd In favorites

Bees in Amber Series: Unknown Year: Unknown Raiting: 2.5/5 William Arthur Dunkerley was a prolific English journalist, novelist and poet. He is famous for his hymn-writing and novels. His poetry contains also ‘Bees in Amber: a little book of thoughtful verse’, written in 1913, which became an absolute bestseller. the book is recommended to anyone who likes English poetry.

'All's Well!' Series: Unknown Year: Unknown Raiting: 3/5 FOREWORD For those who were chiefly in my heart when these verses came to me from time to time-our men and boys at the Front, and those they leave behind them in grievous sorrow and anxiety at home-my little message is that, so far as they are concerned--ALL'S WELL!- Those who have so nobly responded to the Call, and those who, with quiet faces and breaking hearts, have so bravely bidden them -God speed!--with these, All is truly Well, for they are equally giving their best to what, in this case, we most of us devoutly believe to be the service of God and humanity. War is red horror. But, better war than the utter crushing-out of liberty and civilisation under the heel of Prussian or any other militarism. Germany has avowedly outmarched Christianity and left it in the rear, along with its outclassed guns and higher ideals of, say, 1870, its honour, its humanity, and all the other lumber, useless to an absolutely materialistic people whose only object is to win the world even at the price of its soul. The world is witnessing with abhorrence the results, and, we may surely hope, learning therefrom The Final Lesson for its own future guidance. The war-cloud still hangs over us-as I write, but, grim as it is, there are not lacking gleams of its silver linings. If war brings out the very worst in human nature it offers opportunity also for the display of the very best. And, thank God, proofs of this are not wanting among us, and it is better to let one's thought range the light rather than the darkness. What the future holds for us no man may safely say. Mighty changes without a doubt. May they all be for the better! But if that is to be it must be the work of every one amongst us. In this, as in everything else, each one of us helps or hinders, makes or mars. If, in some of these verses, I have endeavoured to strike a note of warning, it is because the times, and the times that are coming, call for it. May it be heeded! That the end of the present world-strife must and will mark also the end of the most monstrous tyranny and the most hideous conception of -Kultur- the world has ever seen, no man for one moment doubts. But that is not an end but a beginning. Unless on the ashes of the past we build to nobler purpose, all our gallant dead will have been thrown away, all this gigantic effort, with all its inevitable horror and loss, will have been in vain. It rests with each one among us to say that that shall not be,-that the future shall repair the past,-that out of this holocaust of death shall come new life. It behoves every one of us, each in his and her own sphere, and each in his and her own way, to strive with heart and soul for that mighty end. JOHN OXENHAM. --This text refers to the Kindle Edition edition. Show more
add to favoritesadd In favorites