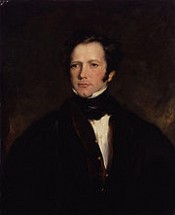 Captain Frederick Marryat (July 10, 1792 – August 9, 1848) was an English novelist, a contemporary and acquaintance of Charles Dickens, noted today as an early pioneer of the sea story. He is now known particularly for the semi-autobiographical novel Mr Midshipman Easy and his children's novel The Children of the New Forest, and for a widely used system of maritime flag signalling. Marryat was born in London, the son of Joseph Marryat, a "merchant prince" and member of Parliament. After trying to run away to sea several times, he was permitted to enter the Royal Navy in 1806, as a midshipman on board HMS Imperieuse, a frigate commanded by Lord Cochrane (who would later serve as inspiration for both Marryat and other authors). Marryat's time aboard the Imperieuse included action off the Gironde, the rescue of a fellow midshipman who had fallen overboard, captures of many ships off the Mediterranean coast of Spain, and the capture of the castle of Mongat. When the Imperieuse shifted to operations in the Scheldt, in 1809, Marryat contracted malaria, and returned to England on HMS Victorious, 74 guns. After recuperating, Marryat returned to the Mediterranean in HMS Centaur, 74, and again saved a shipmate by leaping into the sea after him. He then sailed as a passenger to Bermuda in HMS Atlas, 64 guns, and from thence to Halifax, Nova Scotia on the schooner Chubb, to join the frigate HMS Aeolus of 32 guns (April 27, 1811). A few months later, Marryat again earned distinction by leading the effort to cut away the Aeolus' mainyard to save the ship during a storm, and continuing a pattern, he also saved one of the men from the sea. Shortly thereafter, he moved to the frigate HMS Spartan, participating in the capture of a number of American ships (the War of 1812 having begun by then), and on December 26, 1812 was promoted to lieutenant. As lieutenant, Marryat served in the sloop Espiegle and in the Newcastle, and was promoted to commander June 13, 1815, just in time for peace to break out. He then pursued scientific studies, invented a lifeboat (thus earning both a gold medal from the Royal Humane Society and the nickname 'Lifeboat'), and in 1819 married Catherine Shairp, with whom he had four sons and seven daughters. In 1820 he commanded the sloop Beaver and temporarily commanded Rosario for the purpose of bringing back to England the despatches announcing the death of Napoleon I on St Helena. He also took the opportunity to make a sketch of Napoleon's body on his deathbed, which was later published as a lithograph. (Marryat's artistic skills were modest, but his sketches of shipboard life above and below deck have considerable charm that overcomes their crudities.) In 1823 he was appointed to HMS Larne, 20, and took part in an expedition against Burma in 1824. During this expedition, which resulted in large losses due to disease, he was promoted to command HMS Tees, 28, and this gave him his post captain rank. He was back in England in 1826. In 1829 he was commanding the frigate HMS Ariadne on a mission to search for shoals around the Madeira and Canary Islands. This was an uninspiring exercise, and between that and the recent publication of his first novel, The Naval Officer, he decided to resign his commission in November 1830 and take up writing full time. From 1832 to 1835 Marryat edited The Metropolitan Magazine.[1] He kept producing novels, with his biggest success, Mr Midshipman Easy, coming in 1836. He lived in Brussels for a year, travelled in Canada and the United States, then moved to London in 1839, where he was in the literary circle of Charles Dickens and others. He was in North America in 1837 when the Rebellion of that year in Lower Canada broke out, and served with the British forces in suppressing it. He was named a Fellow of the Royal Society in recognition of his invention and other achievements. In 1843 he moved to a small farm at Manor Cottage in Norfolk, where he died in 1848. His daughter Florence Marryat later became well-known as a writer and actress. Marryat's novels are characteristic of their time, with the concerns of family connections and social status often overshadowing the naval action, but they are interesting as fictional renditions of the author's 25 years of real-life experience at sea. These novels, much admired by Joseph Conrad and Ernest Hemingway, were among the first sea novels. They were models for later works by C. S. Forester and Patrick O'Brian that were also set in the time of Nelson and told the stories of young men rising through the ranks through successes as naval officers. His later novels were generally for the children's market, including his most famous novel for contemporary readers, The Children of the New Forest, which was published in 1847.
Show more
add to favoritesadd In favorites 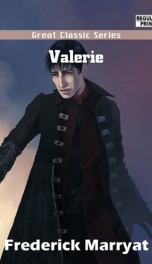 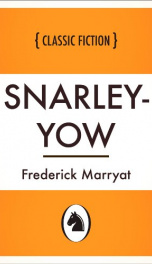 The Privateer's-Man Series: Unknown Year: Unknown Raiting: 4/5 This book was converted from its physical edition to the digital format by a community of volunteers. You may find it for free on the web. Purchase of the Kindle edition includes wireless delivery. Show more
add to favoritesadd In favorites 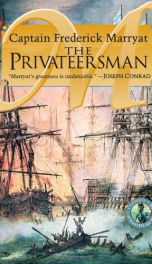 The Privateersman Series: Unknown Year: Unknown Raiting: 2/5 It is a saga of a man called William Kite turns us to the American revolution. He is a widower not for a long time, his wife died from cholera, as his son did. Moreover his partners betrayed him. He traveling to the west indies, to rhode island. After his friend Tyrrell has gone out of crown’s sympathies, he is going to marry his wife, a very appealing woman – Sarah. The story is spiced by a mixture of aggressive, tactical creativity that will take you strongly by the book for the time you has read it till the end. Show more
add to favoritesadd In favorites

Poor Jack Series: Unknown Year: Unknown Raiting: 4/5 Captain Marryat (1792 ù 1848) was a contemporary of Charles Dickens noted for his sea stories. Marryat began writing after a distinguished career in the British Navy. His time and personal experience in the Navy enhance his stories. Poor Jack is set on the River Thames in London. MarryatŽs descriptions of the working of lighters, wherries, and other light boats, are especially interesting. In this story a boy uses his wit and a lot of luck to rise from his lowly station in life. Poor Jack contains lively characters, local color and just enough adventure to keep the readerŽs interest. Show more
add to favoritesadd In favorites