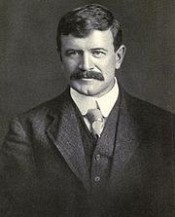 Behind the Beyondand Other Contributions to Human Knowledge Series: Unknown Year: Unknown Raiting: 3.5/5 Show more
add to favoritesadd In favorites

Behind the Beyondand Other Contributions to Human Knowledge Series: Unknown Year: Unknown Raiting: 3.5/5 Show more
add to favoritesadd In favorites

essays and literary studies stephen leacock Series: Unknown Year: Unknown Raiting: 4/5 Purchase of this book includes free trial access to www.million-books.com where you can read more than a million books for free. This is an OCR edition with typos. Excerpt from book: ///.Literature and Education in America IT may be well to remind the reader at the outset of this article that Canada is in America. A Canadian writer may therefore with no great impropriety use the term American, for want of any other word, in reference to the literature and education of all the English-speaking people between the Rio Grande and the North Pole. There is, moreover, a certain warrant of fact for such a usage. Canadian literature,as far as there is such a thing,Canadian journalism, and the education and culture of the mass of the people of Canada approximates more nearly to the type and standard of the United States than to those of Great Britain. Whatever accusations may be brought against the literature and education of the American republic apply equally wellindeed very probably apply witheven greater forceto the Dominion of Canada. This modest apology may fittingly be offered before throwing stones at the glass house in which both the Canadians and the Americans proper dwell. Now it is a fact which had better be candidly confessed than indignantly denied that up to the present time the contribution of America to the world's great literature has been disappointingly small. There are no doubt great exceptions. We number at least some of the world's great writers on this side of the Atlantic. American humour, in reputation at any rate, may claim equality if not pre-eminence. And the signs are not wantingthey are seen in the intense realism of our short stories, and the concentrated power of our one-act plays, that we may some day come into our own. But in spite of this, the indictment holds good that up to the present we have fallen far short of what might have been properly expected of our civilisation. I am quite aware that on this point I shal... Show more
add to favoritesadd In favorites

elements of political science Series: Unknown Year: Unknown Raiting: 4.5/5 Purchase of this book includes free trial access to www.million-books.com where you can read more than a million books for free. This is an OCR edition with typos. Excerpt from book: CHAPTER III THE TRUE ORIGIN OF THE STATE 1. The Historical or Evolutionary View of the State.  2. The Patriarchal and Matriarchal Theories.  3. Course of Development: the Aristotelian Cycle.  4. Military and Economic Factors.  5. Some General Features of Political Evolution. 1. The Historical or Evolutionary View of the State. The fallacious theories presented in the last chapter may be considered to prepare the way for a more correct estimate of the origin of the state. The view held by the best modern writers may be described as the historical or evolutionary theory of the state. By this is meant that the institution of the state is not to be referred back to any single point of time; it is not the outcome of any single movement or plan. The state is not an invention : it is a growth, an evolution, the result of a gradual process running throughout all the known history of man, and receding into the remote and unknown past. " The proposition that the State is a product of history," says Professor Burgess, " means that it is a gradual and continuous development of human society out of a grossly imperfect beginning through crude but improving forms of manifestation towards a perfect and universal organization of mankind." It is thus altogether erroneous to think of man as having in the course of his evolution attained to a full physical and mental development, and then looking about him to consider the advisability of inventing a government. We might as well imagine man, mentally and physically complete, deciding that the time had come for the invention of language, in order to satisfy his growing need of communicating with his fellows. Just as language has been evolved from the uncouth gibberings of animals, so has government had its origins in remote and rudimentary b... Show more
add to favoritesadd In favorites

baldwin lafontaine hincks responsible government Series: Unknown Year: Unknown Raiting: 5/5 Many of the earliest books, particularly those dating back to the 1900s and before, are now extremely scarce and increasingly expensive. We are republishing these classic works in affordable, high quality, modern editions, using the original text and artwork. Show more
add to favoritesadd In favorites 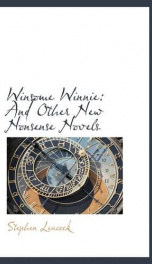 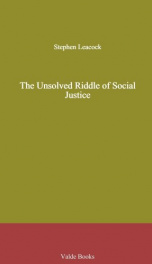 The Unsolved Riddle of Social Justice Series: Unknown Year: Unknown Raiting: 3/5 Stephen Butler Leacock (1869-1944) was a Canadian writer and economist. Leacock, always of obvious intelligence, was sent to the elite private school of Upper Canada College in Toronto, where he was top of the class and so popular he was chosen as head boy. Early in his career Leacock turned to fiction, humour, and short reports to supplement and ultimately exceed his regular income. His stories, first published in magazines in Canada and the United States and later in novel form became extremely popular around the world. It was said in 1911 that more people had heard of Stephen Leacock than had heard of Canada. Although he wrote learned articles and books related to his field of study, his political theory is now all but forgotten. Leacock was awarded the Royal Society of Canada's Lorne Pierce Medal in 1937, nominally for his academic work. Among his famous works are: Sunshine Sketches of a Little Town (1912), Arcadian Adventures with the Idle Rich (1914), Moonbeams from the Larger Lunacy (1915), Frenzied Fiction (1918), and The Hohenzollerns in America (1919). --This text refers to an alternate Paperback edition. Show more
add to favoritesadd In favorites

Behind the Beyond Series: Unknown Year: Unknown Raiting: 4.5/5 Show more
add to favoritesadd In favorites 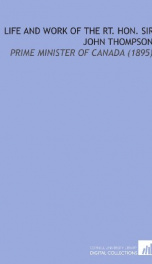 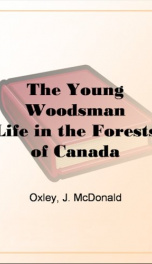 Every man his own lawyer, and general legal form book, a complete guide on matters of law and business for conveyancers, Justices of the Peace, coroners, constables, merchants ... generally throughout the Dominion of Canada, by several Barristers-at-Law by unknown 1 2/5 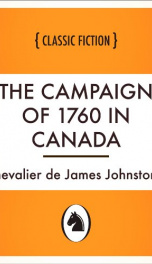 The Campaign of 1760 in Canada by Johnstone James Johnstone chevalier de 0.5/5 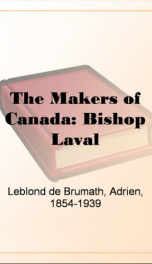 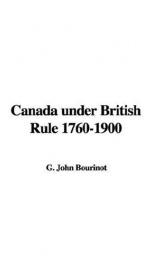