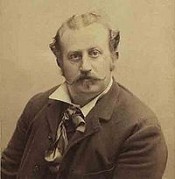 Alexander Lange Kielland (Norwegian pronunciation: [ɑlɛksɑndər ˈlɑŋːə ˈçɛlːɑn]) (18 February 1849 – 6 April 1906) was one of the most famous Norwegian authors of the 19th century. Born in Stavanger, Norway, he grew up in a rich merchant family.[1] Even though he was born rich he had a sincere affection for the less fortunate. And he treated his workers well when he was a factory owner. He remained a spokesman for the weak and a critic of society throughout his time as a writer. Among his most famous works are the novels Garman & Worse (1880), Skipper Worse (1882), and Poison (Gift, 1883). His short stories are also well known. Kielland was the younger brother of Norwegian landscape painter Kitty Lange Kielland, and their mutual interactions were important to shaping both as artists.[2] In Gift (Poison, 1883) Kielland debates the hunger for Latin which Norwegian teachers had in this area of time. The story has its peak when a young boy called Marius, is lying on his deathbed, repeating Latin grammar. It has been debated why Kielland ended his career as a writer so early. Some believe that he was so much of a realist that he could not deal with new-romantic tendencies in Norwegian literature at the end of the 19th century. A more probable reason is that he chose to focus on his politic career. Tor Obrestad's biography of Alexander L. Kielland opens up thoughts about Kielland dying from obesity. He had several heart-attacks, he constantly gained weight and he couldn't control his great passion for food. In 1891 he was designated the mayor of his hometown, Stavanger, until in 1902 he moved on to Molde as county governor of Møre og Romsdal. He is one of the so-called "The Four Greats" in Norwegian literature, along with Henrik Ibsen, Bjørnstjerne Bjørnson and Jonas Lie, although the term was originally coined only as a marketing trick.[3]
Show more
add to favoritesadd In favorites 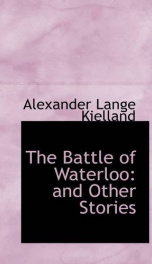 the battle of waterloo and other stories Series: Unknown Year: Unknown Raiting: 4.5/5 Show more
add to favoritesadd In favorites 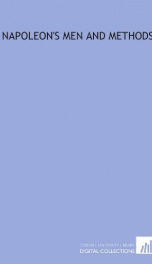 napoleons men and methods Series: Unknown Year: Unknown Raiting: 4.5/5 Originally published in 1904. This volume from the Cornell University Library's print collections was scanned on an APT BookScan and converted to JPG 2000 format by Kirtas Technologies. All titles scanned cover to cover and pages may include marks, notations and other marginalia present in the original volume. Show more
add to favoritesadd In favorites 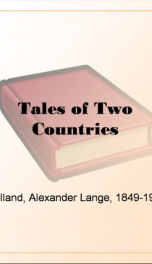 Tales of Two Countries Series: Unknown Year: Unknown Raiting: 1/5 This book was converted from its physical edition to the digital format by a community of volunteers. You may find it for free on the web. Purchase of the Kindle edition includes wireless delivery. Show more
add to favoritesadd In favorites 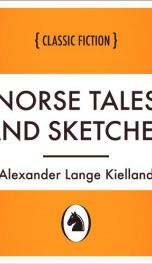 Norse Tales and Sketches Series: Unknown Year: Unknown Raiting: 1.5/5 From Alexander Lange Kielland, one of the most famous Norwegian authors of the 19th century. He was the author of social and critical psychological novels, such as Garman & Worse 1880, Skipper Worse 1882, Fortuna 1884, Sankt Hans Fest 1887. A talented representative of realistic tendencies in literature, he described harmful influence of foreign culture on his native land. Show more
add to favoritesadd In favorites 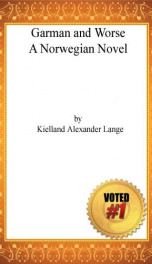 Garman and Worse Series: Unknown Year: Unknown Raiting: 3/5 "Excerpt from the book..."Nothing is so boundless as the sea, nothing so patient. On its broadback it bears, like a good-natured elephant, the tiny mannikins whichtread the earth; and in its vast cool depths it has place for all mortal Show more
add to favoritesadd In favorites