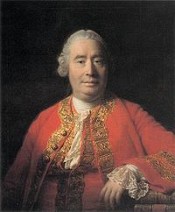 the history of england from the invasion of julius csar to the revolution in 1 Series: Unknown Year: Unknown Raiting: 3.5/5 Show more
add to favoritesadd In favorites 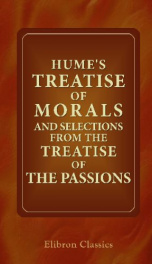 humes treatise of morals and selections from the treatise of the passions Series: Unknown Year: Unknown Raiting: 2.5/5 Hume's ethical project is concerned with discovering how people's nature defines moral behavior and in discovering the moral goodness that society considers to be useful. Hume's theory about the process that agents use to act is a departure from the classical Greek model in that it relies on passion and is devoid of the idea of using practical reasoning to overcome feelings of fear to accomplish a noble end. For Hume, only a person's passions can choose their ends, and he denies that reason has the ability to evaluate their ends. Hume's notions on reason greatly contradicts the vast majority of ancient and modern philosophers' beliefs, regarding the amalgamation of human emotion and reason producing the practical reasoning to guide an agent to act. Hume's anti-rationalist statement that reason cannot be the major factor producing moral action provides the basis for his entire ethical theory. Show more
add to favoritesadd In favorites 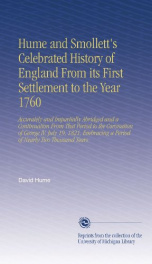 hume and smolletts celebrated history of england from its first settlement to Series: Unknown Year: Unknown Raiting: 3/5 This volume is produced from digital images created through the University of Michigan University Library's preservation reformatting program. The Library seeks to preserve the intellectual content of items in a manner that facilitates and promotes a variety of uses. The digital reformatting process results in an electronic version of the text that can both be accessed online and used to create new print copies. This book and thousands of others can be found in the digital collections of the University of Michigan Library. The University Library also understands and values the utility of print, and makes reprints available through its Scholarly Publishing Office. Show more
add to favoritesadd In favorites

essays moral political and literary volume 2 Series: Unknown Year: Unknown Raiting: 4/5 A compilation of essays most of which develop economic themes. By David Hume, a Scottish philosopher, economist, historian and an important figure in the history of Western philosophy of the 18th century. Show more
add to favoritesadd In favorites 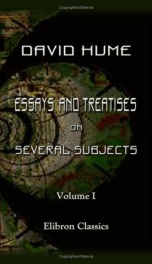