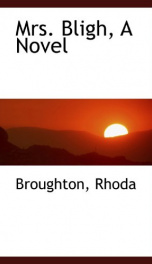 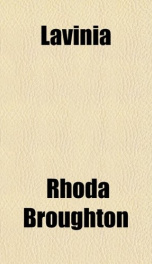 lavinia Series: Unknown Year: Unknown Raiting: 5/5 Purchase of this book includes free trial access to www.million-books.com where you can read more than a million books for free. This is an OCR edition with typos. Excerpt from book: CHAPTER III The modest, low house on the Kentish hillside, with its pink, rough-cast face, its tall, narrow, eighteenth- century windows, its verandah, the alternate object of summer blessings and winter curses, has been Lavinia Carew's home ever since her mother had crowned a foolish marriage by a perhaps less foolish death within the year. Being one of those completely unfortunate persons whom Fate seems to delight in belabouring, her husband had predeceased her by a fortnight. Upon the doubly forsaken baby's nearest blood relation, Sir George Campion, had devolved the choice of two alternativesthat of saddling himself for life with a creature against whose entry into it he had always angrily protested, and that of sending it to the workhouse, and being called an unnatural brute for his pains. He chose the first ; though, as everybody said, with a very ill grace. But the people who kindly tried to tell her this in later days could never get Sir George Campion's niece to believe it. Yet her life has scarcely been a bed of roses, though love has not been lacking ; and her three men have had that immense opinion of her which makes up to most of her sex for any amount of bodilyor mental char-ing. Of women in her home, save servants, there have, within her recollection, been none. Marriage is not an institution that seems to thrive in the Campion family, and so early in Lavinia's history that only the faintest blur of memory of something kind and connected with cakes remains to the girl, her uncle's wife had slipped inoffensively away to the churchyard, conveniently close to the pink-faced house. Often since she has grown up into sense and thoughtfulness, Lavinia has speculated about that dim lady, of whom no one now ever speaksall others because they have forgotten her, and ... Show more
add to favoritesadd In favorites 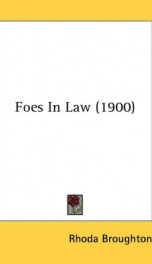 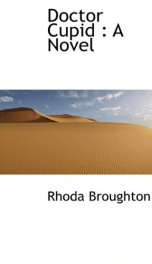 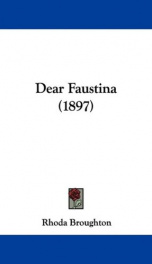 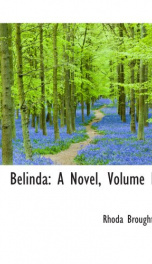 belinda a novel Series: Unknown Year: Unknown Raiting: 5/5 Purchase of this book includes free trial access to www.million-books.com where you can read more than a million books for free. This is an OCR edition with typos. Excerpt from book: with a snarl; "a thing that, since the beginning of my acquaintance with you, I have never known you do! and since it is already past my usual hour for retiring to bed, I will ask you to shut it upon the outside!" CHAPTER VI. " Look up ! There is a small bright cloud Alone amid the skies ; So high, so pure, and so apart, A woman's honour lies." ;ND now the night has to be faced. With what dread has she watched the slow declension of the summer evening; but no dread comes up to the reality, to the miserable endless hours of hand-to-hand fighting with the terrible battalions of thought and remorses, that come up, ever fresh and fresh, against her ; that, while all around her are softly sleeping, take her by the throat in the blackness, and will not let her go. To no dream or nightmare, indeed, does she give the opportunity to torment her, for she makes no attempt to sleep. Fully dressed, widely, burningly awake, she sits all night writing, writing, writing endless letters of farewell to him, who, parted from her only by a flimsy lath-and- plaster partition, lies tossing in the light and uneasy dozes of old age. How many does she write ? They must be a score, at least; prayers for forgiveness, cries of remorse ; and no sooner are they written than she tears them all. Prayers for forgiveness of a wrong that is unforgivable ! Cries of remorse for a sin that her action shows she has not really repented of! Why insult him by such ? The dawn has come by the time that she has at length written the three lines which, without reading overif she read them over, she knows that she would tear them tooshe feverishly folds and places in an envelope. In them there is neither petition nor repentance. " I am going to leave you for always. You cannot think that I have been a wors... --This text refers to an alternate Paperback edition. Show more
add to favoritesadd In favorites