George Alfred Henty (8 December 1832 – 16 November 1902), was a prolific English novelist, special correspondent and Imperialist. He is best known for his historical adventure stories that were popular in the late 19th century. His works include Out on the Pampas (1871), The Young Buglers (1880), With Clive in India (1884) and Wulf the Saxon (1895). G.A. Henty was born in Trumpington, near Cambridge. He was a sickly child who had to spend long periods in bed. During his frequent illnesses he became an avid reader and developed a wide range of interests which he carried into adulthood. He attended Westminster School, London and later Gonville and Caius College, Cambridge,[1] where he was a keen sportsman. He left the university early without completing his degree to volunteer for the Army Hospital Commissariat when the Crimean War began. He was sent to the Crimea and while there he witnessed the appalling conditions under which the British soldier had to fight. His letters home were filled with vivid descriptions of what he saw. His father was impressed by his letters and sent them to The Morning Advertiser newspaper which printed them. This initial writing success was a factor in Henty's later decision to accept the offer to become a Special Correspondent, the early name for writers now better known as War Correspondents. Shortly before resigning from the army as a captain in 1859 he married Elizabeth Finucane. The couple had four children. Elizabeth died in 1865 after a long illness and shortly after her death Henty began writing articles for the Standard newspaper. In 1866 the newspaper sent him as their Special Correspondent to report on the Austro-Italian War where he met Giuseppe Garibaldi. He went on to cover the 1868 British punitive expedition to Abyssinia, the Franco-Prussian War, the Ashanti War, the Carlist Rebellion in Spain and the Turco-Serbian War. He also witnessed the opening of the Suez Canal and travelled to Palestine, Russia and India. Henty once related in an interview how his storytelling skills grew out of tales told after dinner to his children. He wrote his first children's book, Out on the Pampas in 1868, naming the book's main characters after his children. The book was published by Griffith and Farran in November 1870 with a title page date of 1871. While most of the 122 books he wrote were for children, he also wrote adult novels, non-fiction such as The March to Magdala and Those Other Animals, short stories for the likes of The Boy's Own Paper and edited the Union Jack, a weekly boy's magazine. His children's novels typically revolved around a boy or young man living in troubled times. These ranged from the Punic War to more recent conflicts such as the Napoleonic Wars or the American Civil War. Henty's heroes – which occasionally included young ladies – are uniformly intelligent, courageous, honest and resourceful with plenty of 'pluck' yet are also modest. These virtues have made Henty's novels popular today among many Christians and homeschoolers. On 16 November 1902, Henty died aboard his yacht in Weymouth Harbour, Dorset shortly before he finished his last novel, By Conduct and Courage, which was completed by his son Captain C.G. Henty. Henty is buried in Brompton Cemetery, London.[2] Henty wrote 122 works of historical fiction and all first editions had the date printed at the foot of the title page. (Reference G.A.Henty 1832–1902 A Bibliographical Study by Peter Newbolt.) Several short stories published in book form are included in this total, with the stories taken from previously published full length novels. The dates given below are those printed at the foot of the title page of the very first editions in the United Kingdom. It is a common misconception that American Henty titles were published before those of the UK. All Henty titles bar one were published in the UK before those of America. The simple explanation for this error of judgement is that Charles Scribner's Sons of New York dated their Henty first editions for the current year. The first UK editions published by Blackie were always dated for the coming year, to have them looking fresh for Christmas. The only Henty title published in book form in America before the UK book was In the Hands of the Cave-Dwellers dated 1900 and published by Harper of New York. This title was published in book form in the UK in 1903, although the story itself had already been published in England prior to the first American edition, in The Boy's Own Annual. Many sellers of Henty, and websites listing Henty book titles, state that Forest and Frontier or Forests and Frontiers and The Stone Chest are by G.A. Henty. Neither story was written by Henty which has been confirmed by The Henty Society. Some years back an incompetent researcher stated that Henty was related to FS Brereton. This has been repeated many times since and also proved innaccurate by the Henty Society. Reprints of all Henty's works are available from many modern day American publishers. There is one known instance of a book title by this very popular author having been filmed. A Final Reckoning(1929), American, B&W: Serial/24 reels Directed by Ray Taylor Cast: Frank Clark [Jim Whitney], Newton House, Louise Lorraine, Jay Wilsey, Edmund Cobb Universal Pictures Corporation production; distributed by Universal Pictures Corporation. / Scenario by Basil Dickey and George Morgan, from a novel by George Alfred Henty. Cinematography by Frank Redman. / Twelve episodes (two reels each): [1] “A Treacherous Friend,” released 15 April 1929. / Standard 35mm spherical 1.37:1 format. / [?] Website-IMDb lists the release date of the first episode as 15 April 1928.
Show more
add to favoritesadd In favorites

In the Hands of the Malays,and Other Stories Series: Unknown Year: Unknown Raiting: 4.5/5 Show more
add to favoritesadd In favorites

In the Hands of the Malays,and Other Stories Series: Unknown Year: Unknown Raiting: 4.5/5 Show more
add to favoritesadd In favorites 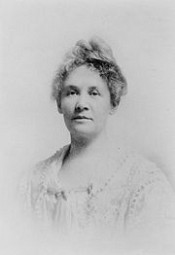 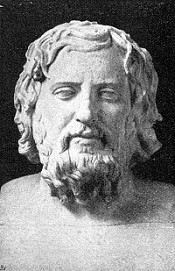 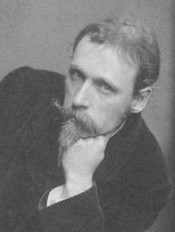 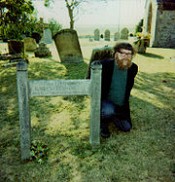