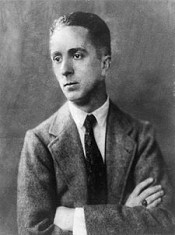 a temporary gentleman in france home letters from an officer at the front Series: Unknown Year: Unknown Raiting: 2.5/5 Show more
add to favoritesadd In favorites 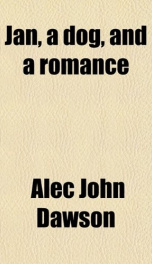 Jan Series: Unknown Year: Unknown Raiting: 4.5/5 Purchase of this book includes free trial access to www.million-books.com where you can read more than a million books for free. This is an OCR edition with typos. Excerpt from book: Ill INTRODUCING THE LADY DESDEMONA A'RIL was uniformly dull and wet that year, but May seemed to bring full summer in her train; and it was on the morning of the third of May that Finn went to Shaws with the Nuthill house party. The turf of the Downs was so springy on this morning that one felt uplifted by it in walking. Each separate blade of the clover-scented carpet seemed surcharged with young life. The down- land air was as a tonic wine to every creature that breathed it. The joy of the day was voiced in the liquid trilling of two larks that sang far overhead. The place and time gave to the Nuthill party England at her best and sweetest, than which, as the Master often said, the world has nothing more lovely to offer; and he was one who had fared far and wide in other lands. There is the tiny walled inclosure above the stables at Shaws, once used as a milking-yard, and just now a veritable posy of daisies, buttercups, rich green grass, and apple-blossom. For in it there are six or seven gnarled and lichen-grown old apple-trees, whose fruit is of small account, butwhose bloom is a gift sent straight from heaven to gladden the hearts of men and beasts, birds and bees. The big double doors in the ivy-grown flint wall of this inclosure stood wide open. Humming bees sailed booming to and fro, like ships in a tropical trade-wind. And through the lattice-work of the gray old apple-trees' branches (so virginally clothed just now) clean English sunshine dappled all the earth and grass in moving checkers of light and shade. When the Nuthill party looked in through the gates of this delectable pleasaunce they beheld in its midst the Lady Desdemona, gazing solemnly down her long nose at the moving checkers of sunlight on the grass. Her head was held lowthe true bloodhound... Show more
add to favoritesadd In favorites