the verdict of the gods 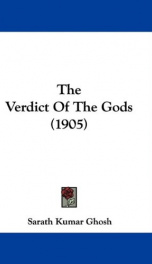 Purchase of this book includes free trial access to www.million-books.com where you can read more than a million books for free. This is an OCR edition with typos. Excerpt from book: ON THE TOWER OF VICTORY 'NOW, O Seat of Wisdom, that the Tower of Victory, which was to be the scene of Narayan Lal's trial, had been erected a thousand years before by a conqueror to commemorate his victory over the ancestor of the king. It was an eye-sore to him. Wither it with his breath he would if he could; pull it down bodily he dared not. For a public monument is hedged in by a tradition that has the force of religion. No human hand could destroy it. But the will of a higher power could. The king resolved to test that will. Narayan Lal would be its medium. Now this stone pillar, tall and narrow, was no longer vertical. An earthquake had shaken it out of the perpendicular, till its summit, one hundred cubits (150 feet) high, leaned six cubits to one side. Since its circular base was only four cubits in diameter, this divergence should have been more than sufficient to cast down the pillar; but the unknown portion under the earth lowered the centre of gravity somewhat, and thus brought it within support. How deep this was no one knew. Hence to what height a man might safely ascendwithout his added weight, gaming in leverage each foot he climbed, just throwing the centre of gravity out of support and overcoming the leverage of the weights of earth upon the base and thereby casting down the whole pillarwas a matter of momentous speculation. It was a fit theme for the trial. As Narayan Lal climbed higher and higher the centre of gravity would draw inch by inch nearer the edge of the basetill that fatal line were reached. Then the tower would fall, which the king much desired. It would also kill Narayan Lal, which the king equally desired. The will of the gods would be made manifest in both matters. It was only at the moment of trial that the king pub... --This text refers to the Paperback edition.
Show more
add to favoritesadd In favorites

if you like the verdict of the gods try:

The Wonders of the JungleBook One 3.5/5

the verdict of the gods 3/5

the prince of destiny the new krishna 3/5 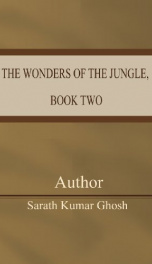 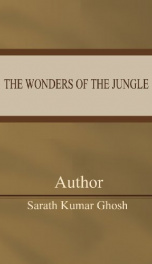 if you like the verdict of the gods try:

The Wonders of the JungleBook One 3.5/5

the verdict of the gods 3/5

the prince of destiny the new krishna 3/5
Show more