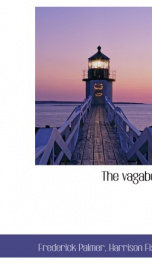 Purchase of this book includes free trial access to www.million-books.com where you can read more than a million books for free. This is an OCR edition with typos. Excerpt from book: Ill AND FOUB PBOVE ENOUGH Oh, you foolish adults with work-stiffened imaginations ! Between trips to the house of death, Mrs. Hawkins warned the "poor dear" not to cry, for his pa had only gone to sleep. In truth, Billy had not shed a tear, a fever of wonder, awe, and agony having dried the ducts. With his knees on the rag-carpet cushion of a cane chair, he watched the coroner's jury congregate, one by one, proceed in a body to their duties, and one by one depart. Then came the undertaker from Wewland Centre and the inquiring neighbors, with "do tells." Half hidden behind the curtains he heard their greetings and speculations. They "wondered" what would become of the boy; they had "hearn tell" that Williams had "perty much" run through everything he had, and what he hadn'ta witticism this, in a knowing whisperJim Hawkins had got; they "guessed" that the outlook for the "little shaver" was "perty bad" and he'd have to be "bound out" to somebody for his "keep." That is, "onless" Judge John Williams, of the neighboring county, should take a hand. But the Judge had never had any association with his brother. A "curyus" man, said a Whig. There politics was interjected. "Curyus!" exclaimed a Democrat, in sarcasm. "D'ye ever hear him speak ? He wiped out twentysix hundred Whig majority in Belmore, that's what he did. He's the youngest jedge Belmore ever had. Curyus! He's jest curyus 'nough to be Governor of this State some day." Even while they discussed this rising statesman, a mud-bespattered buggy from the Newland Centre livery-stable drove up. "That's a good mare you've got, Ed," said the passenger, as he alighted, as if he had known the driver all his life instead of two hours. "How're ye, Jedge ?" said his defender, his waist receding and his chest swelling. ... --This text refers to an alternate Paperback edition.
Show more
add to favoritesadd In favorites

My Year of the WarIncluding an Account of Experiences with the Troops in France andthe Record of a Visit to the Grand Fleet Which is Here Given for theFirst Time in its Complete Form 3.5/5

with our faces in the light 5/5 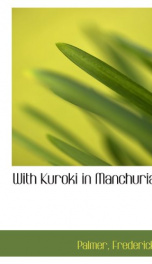 with kuroki in manchuria 5/5 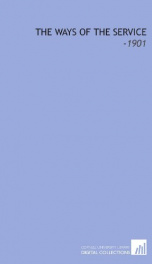 the ways of the service 5/5 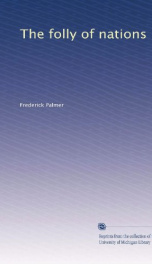 the folly of nations 4/5 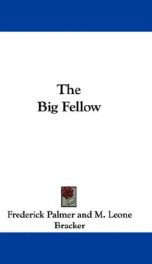 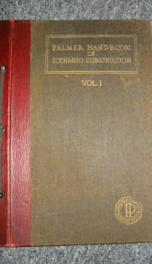 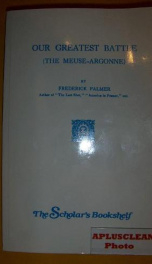 our greatest battle the meuse argonne 4/5 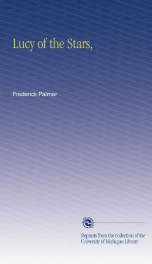 arras lens douai and the battles of artois 4/5 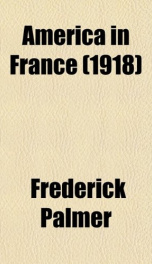 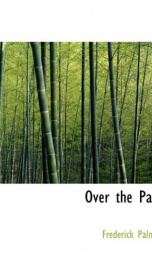 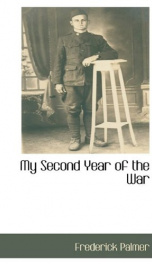 My Year of the WarIncluding an Account of Experiences with the Troops in France andthe Record of a Visit to the Grand Fleet Which is Here Given for theFirst Time in its Complete Form 3.5/5

with our faces in the light 5/5
Show more