the boundary lines of old groton 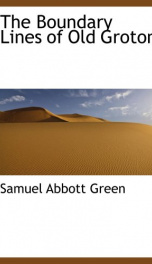 Purchase of this book includes free trial access to www.million-books.com where you can read more than a million books for free. This is an OCR edition with typos. Excerpt from book: GROTON GORE AND THE PROVINCIAL LINE. The proprietors of Groton felt sore at the loss of their territory along the Nashobah line in the year 1714, though it would seem without reason. They had neglected to have the plan of their grant confirmed by the proper authorities at the proper time; and no one was to blame for this oversight but themselves. In the autumn of 1734 they represented to the General Court that in the laying out of the original plantation no allowance had been made for prior grants in the same territory, and that in settling the line with Littleton they had lost more than four thousand acres of land ; and in consideration of these facts they petitioned for an unappropriated gore of land lying between Dunstable and Townsend. The necessary steps for bringing the matter before the General Court at this time were taken at a town meeting, held on July 25, 1734. It was then stated that the town had lost more than twenty-seven hundred and eighty-eight acres by the encroachment of Littleton line; and that two farms had been laid out within the plantation before it was granted to the proprietors. Under these circumstances Benjamin Prescott was authorized to present the petition to the General Court, setting forth the true state of the case and all the facts connected with it. The two farms alluded to were Major Simon Willard's, situated at Nonacoicus, or Coicus, now within Grolon Gore. as granted . 11) I/.'!, Together with Town Line. existing . '//-. Miles the limits of Ayer, and Ralph Reed's, in the neighborhood of the Ridges ; so Mr. Butler told me several years before his death, giving Judge James Prescott as his authority, and I carefully wrote it down at the time. The statement is confirmed by the report of a committee on the petition of Josiah S... --This text refers to an alternate Paperback edition.
Show more
add to favoritesadd In favorites

if you like the boundary lines of old groton try: 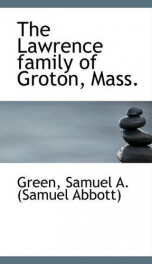 the lawrence family of groton mass 4/5 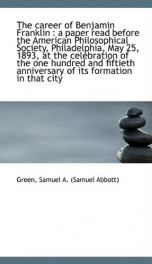 the boundary lines of old groton 4/5 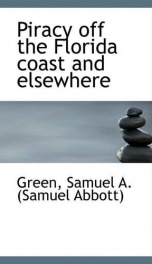 piracy off the florida coast and elsewhere 5/5

groton during the indian wars 4/5

facts relating to the history of groton massachusetts 5/5 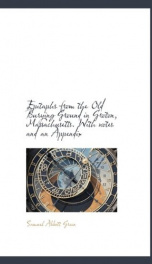 epitaphs from the old burying ground in groton massachusetts 5/5 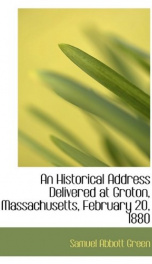 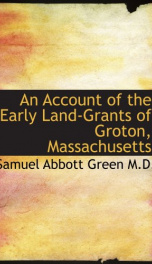 if you like the boundary lines of old groton try: