Purchase of this book includes free trial access to www.million-books.com where you can read more than a million books for free. This is an OCR edition with typos. Excerpt from book: CHAPTER III IMAGINATION AND ROMANTICISM The foregoing account of the manifestations of the imagination in poetry is of necessity fragmentary and inadequate, but it may serve to indicate with sufficient definiteness the senses in which the term will be used when we turn now to consider the validity of the proposition that in the predominance of this faculty lies the essence of Romanticism. No term in aesthetic criticism is so loosely used as Romanticism, none so variously defined. It has been employed to describe the unearth- liness of Blake and the earthliness of Crabbe, the democracy of Burns and the feudalism of Scott, the faith of Wordsworth and scepticism of Byron, the literalism of Thomson and the landscapes, flooded with " the light that never was on sea or land," that hover in the background of the spiritual visions of Shelley. The attempt to bring order and some unity of conception into this chaos requires no small degree of courage. Among the host of definitions that havebeen offered there are three that have been especially persistent. Heine, speaking of the Romantic School in Germany, finds the heart of the movement in the return to the Middle Ages. French critics have laid especial stress on the growth of the subjective element, and speak of the " rediscovery of the soul" and the "rebirth of the spiritual." In England, the favorite phrase has been the " return to Nature," with a special reference to the increased prominence, in the poetry of the time, of direct description of external beauty. All three aspects, and many others, are found in all three countries, sometimes in separate groups, sometimes in the work of one man. They are, therefore, not mutually exclusive, nor, even if taken together, do they comprehend the whole variety of tendencies to which t... --This text refers to the Paperback edition.
Show more
add to favoritesadd In favorites

if you like essentials of poetry lowell lectures 1911 try:

the facts about shakespeare 4.5/5

lectures on the harvard classics 3.5/5

a history of english literature 3.5/5 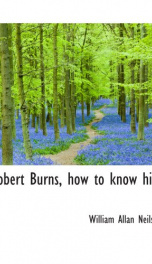 if you like essentials of poetry lowell lectures 1911 try: