an elementary treatise on quaternions 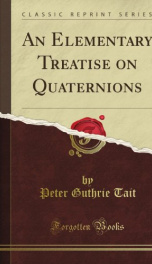 PREFACE.TN the present edition this work has been very greatly en-larged; to the extent, in fact, of more than one-third. Had I not determined to keep the book iu moderate compass it might easily have been doubled in size. A good deal of re-arrangement also has been thought advisable, especially with reference to the elementary uses of q( )q~ and of V. Prominent among the additions is an entire Chapter, on the Analytical Aspect of Quaternions, which I owe bo the unsolicited kindness of Prof. Cayley.As will be seen by the reader of the former Preface (reprinted below) the point of view which I have, from the first, adopted presents Quaternions as a Calculus uniquely adapted to Euclidian space, and therefore specially useful in several of the most important branches of Physical Science. After giving the necessary geometrical and other preliminaries, I have endeavoured to de-velope it entirely from this point of view; and, though one can scarcely avoid meeting with elegant and oftenAbout the Publisher Forgotten Books is a publisher of historical writings, such as: Philosophy, Classics, Science, Religion, History, Folklore and Mythology.Forgotten Books' Classic Reprint Series utilizes the latest technology to regenerate facsimiles of historically important writings. Careful attention has been made to accurately preserve the original format of each page whilst digitally enhancing the difficult to read text. Read books online for free at www.forgottenbooks.org
Show more
add to favoritesadd In favorites

if you like an elementary treatise on quaternions try:

Lectures on Some Recent Advances in Physical Science, with a Special Lecture ... 4/5

Lectures on Some Recent Advances in Physical Science 4.5/5

An Elementary Treatise on Quaternions 4.5/5

An Elementary Treatise on Quaternions 3/5 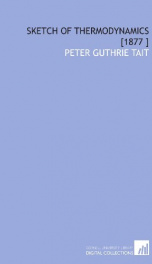 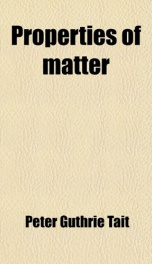 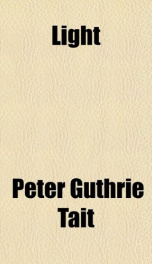 if you like an elementary treatise on quaternions try: