a flower of france a story of old louisiana

A FLOWER OF FRANCE.PROLOGUE.THE INSURRECTION.Thk golden light of morning crept through the pale curtains of vapor that were spread over the bayous north of Orleans Island. The awakening beams gilded the gray-green festoons of moss-draped, century-old cypresses, and touched caressingly the white-winged herons that rose softly from shadowy wood-depths and took silent flight outward and upward in the October air. A flock of vultures, many as a gathering of crows in autumn, sailed low over the swamps and with outstretched necks reached eagerly toward the west, where the mighty river of the New World dragged its way to the sea through many channels. Occult sounds drifted along the brown waters of the bayous - smothered, misty sounds of forest creatures. Now and then the shrill scream of a bird would cut sharply across the humming song of the insects and the soft rustle of the reeds, and again the mufried howls of animals would come across the vast levels and warn one of dangers lurkinTable of Contents CONTENTS; CliAKTFH; Prologue The Insurrection, T The Brand of the Flcur-dc-lis, -; II Venda,; IJ I Two Strangers from France, IV " Master, Buy He ! " -; V An Evening with Monsieur Lamort, -VI The Next Morning-, VII Denisc of the Convent, VIII The Man Rochelle, IX The Voudou, - -; X Echoes from the Past XI The Wooing of Ninon, XII Diego Zanalta Lays Plans and Scnor Zanalta Speaks Her Mind,; XIII Monsieur Lamort Pays a Visit; XIV Diego Sees a Ghost,; XV Venda, - - -XVI A Rendezvous, - - -XVII Denisc and Sister Andrea, XVIII Once More Zizi,About the Publisher Forgotten Books is a publisher of historical writings, such as: Philosophy, Classics, Science, Religion, History, Folklore and Mythology.Forgotten Books' Classic Reprint Series utilizes the latest technology to regenerate facsimiles of historically importan --This text refers to an alternate Paperback edition.
Show more
add to favoritesadd In favorites

if you like a flower of france a story of old louisiana try:

the woman of the twilight the story of a story 3.5/5

in loves domains a trilogy 5/5

a flower of france a story of old louisiana 3.5/5 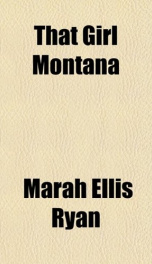 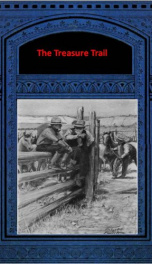 if you like a flower of france a story of old louisiana try:

told in the hills a novel 4/5
Show more