PREFACE.All diseases originate in the exuberance, deficiency, or retrograde action, of the faculties of the sensorium, as their proximate cause; and consist in the disordered motions of the fibres of the body, as the proximate effect of the exertions of those disordered faculties.The sensorium possesses four distinct powers, or faculties, which are occasionally exerted, and produce all the motions of the fibrous parts of the body; these are the faculties of producing fibrous motions in consequence of irritation which is excited by external bodies; in consequence of sensation which is excited by pleasure or pain; in consequence of volition which is excited by desire or aversion; and in consequence of association which is excited by other fibrous motions. We are hence supplied with four natural classes of diseases derived from their proximate causes; which we shall term those of irritation, those of sensation, those of volition, and those of association.In the subsequent classification of diseases I have not adhered to the methods of any of those, who have preceded me; the principal of whom are the great names of Sauvages and Cullen; but have nevertheless availed myself, as much as I could, of their definitions and distinctions.
Show more
add to favoritesadd In favorites

The Botanic Garden. Part II.Containing the Loves of the Plants. a Poem.With Philosophical Notes. 4.5/5

The Botanic Garden A Poem in Two Parts. Part 1: the Economy of Vegetation 4/5

zoonomia or the laws of organic life volume 2 5/5

zoonomia or the laws of organic life volume 1 3/5

the national encyclopaedia a dictionary of universal knowledge volume 10 3.5/5

the moral light or reproductions of articles from the old files of awr ameth 4.5/5

a plan for the conduct of female education in boarding schools private familie 4.5/5 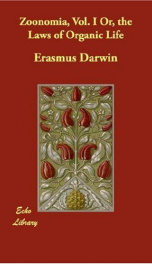 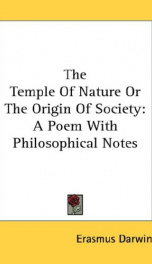 The Temple of Nature; or, the Origin of Society 4/5 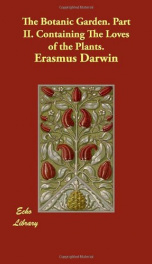