Life of St. Francis of Assisi 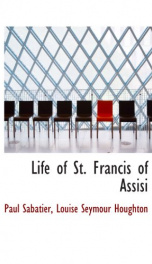 Purchase of this book includes free trial access to www.million-books.com where you can read more than a million books for free. This is an OCR edition with typos. Excerpt from book: CHAPTER THE CHURCH ABOUT 1209 St. Fbancis was inspired as much as any man may be, but it would be a palpable error to study him apart from his age and from the conditions in which he lived. We know that he desired and believed his life to be an imitation of Jesus, but what we know about the Christ fslii faft so little, that St. Francis's life loses none of its strangeness for that. His conviction that he was but an imitator preserved him from all temptation to pride, and enabled him to proclaim his views with incomparable vigor, without seeming in the least to be preaching himself. We must therefore neither isolate him from external influences nor show him too dependent on them. During the period of his life at which we are now arrived, 1205- 1206, the religious situation of Italy must more than at any other time have influenced his thought and urged him into the path which he finally entered. The morals of the clergy were as corrupt as ever, ren- dering any serious reform impossible. If some among the heresies"of"tne"time were pure and without reproach, many were trivial and impure. Here and there a few voices were raised in protest, but the prophesyings of Gioacchino di Fiore had no more power than those of St. Hildegarde to put a stop to wickedness. Luke Wadding, the pious Franciscan annalist, begins his chronicle withthis appalling picture. The advance in historic research permits us to retouch it somewhat more in detail, but the conclusion remains the same; without Francis of Assisi the Church would perhaps have foundered and the Cathari would have won the day. The little poor man, driven away, cast out of doors by the creatures of Innocent III., saved Christianity. We cannot here make a thorough study of the state of the Church at the beginning of the thirt... --This text refers to an alternate Paperback edition.
Show more
add to favoritesadd In favorites

if you like Life of St. Francis of Assisi try: 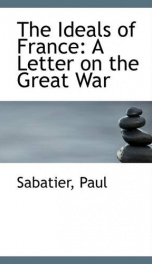 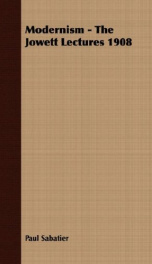 france to day its religious orientation 5/5 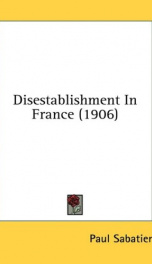 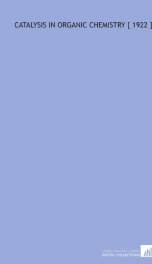 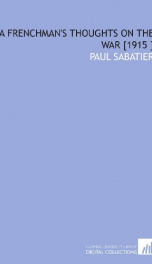 a frenchmans thoughts on the war 5/5

if you like Life of St. Francis of Assisi try: