Absolute Surrender and Other Addresses

“And Ben-hadad the king of Syria gathered all his host together: and there were thirty and two kings with him, and horses, and chariots: and he went up and besieged Samaria, and warred against it. And he sent messengers to Ahab king of Israel into the city, and said unto him, Thus saith Ben-hadad, Thy silver and thy gold is mine; thy wives also and thy children, even the goodliest, are mine. And the king of Israel answered and said, My lord, O king, according to thy saying, I am thine and all that I have” (I Kings 20: 1-4).What Ben Hadad asked was absolute surrender; and what Ahab gave was what was asked of him —absolute surrender. I want to use these words: “My lord, O king, according to thy saying, I am thine, and all that I have,” as the words of absolute surrender with which every child of God ought to yield himself to his Father. We have heard it before, but we need to hear it very definitely — the condition of God’s blessing is absolute surrender of all into His hands. Praise God! If our hearts are willing for that, there is no end to what God will do for us, and to the blessing God will bestow. Absolute surrender — let me tell you where I got those words. I used them myself often, and you have heard them numberless times. But in Scotland once I was in a company where we were talking about the condition of Christ’s Church, and what the great need of the Church and of believers is; and there was in our company a godly worker who has much to do in training workers, and I asked him what he would say was the great need of the Church, and the message that ought to be preached. He answered very quietly and simply and determinedly:“Absolute surrender to God is the one thing.” The words struck me as never before. And that man began to tell how, in the workers withwhom he’ had to deal, he finds that if they are sound on that point, even though they be backward, they are willing to be taught and helped, and they always improve; whereas others who are not sound there very often go back and leave the work. The condition for obtaining God’s full blessing is absolute surrender to Him. And now, I desire by God’s grace to give to you this message — that your God in Heaven answers the prayers which you have offered for blessing on yourselves and for blessing on those around you by this one demand: Are you willing to surrender yourselves absolutely into His hands? What is our answer to be? God knows there are hundreds of hearts who have said it, and there are hundreds more who long to say it but hardly dare to do so. And there are hearts who have said it, but who have yet miserably failed, and who feel themselves condemned because they did not find the secret of the power to live that life. May God have a word for all! Let me say, first of all, that God claims it from us.
Show more
add to favoritesadd In favorites

if you like Absolute Surrender and Other Addresses try:

The Ministry of IntercessionA Plea for More Prayer 2.5/5

The Ministry of Intercession 5/5 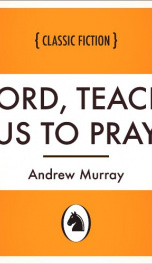 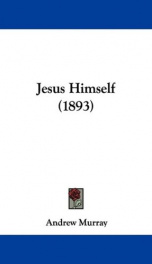 Absolute Surrender and Other Addresses 3/5

if you like Absolute Surrender and Other Addresses try:

The Ministry of IntercessionA Plea for More Prayer 2.5/5

The Ministry of Intercession 5/5
Show more