A life of Lincoln : for boys

How people lived in 1809 -- Daniel Boone and the Lincoln pioneers -- The little boy in the lonely woods -- Going to Indiana -- A good step-mother -- Axe and school-book -- What Lincoln liked best of all to do -- Among his comrades -- His trips to New Orleans -- How he kept shop, what came of it -- The Black Hawk War -- Stumping for election -- In Vandalia -- The Lincoln-Stone protest -- Settled in Springfield -- Abraham Lincoln marries -- In Congress -- A real student -- How Lincoln practiced law -- The Lincoln-Douglas debates -- Lincoln in New York and New England -- The organization of the Republican Party -- In the Wigwam at Chicago -- What the South was doing in the winter of 1860-61 -- What the new President had to face -- Firing on the flag -- How the North responded -- The Battle of Bull Run -- Some of the Union Generals -- People who tried to advise -- General Lee comes into Maryland -- Congress and slavery -- The Emancipation Proclamation -- Foes before and foes behind -- General Grant at Vicksburg -- War on the ocean -- On the field of Gettysburg -- How Mr. Lincoln tried for peace -- How the people learned to trust him -- How Grant fought it out on that line -- Lincoln's walk through Richmond -- The joy of the nation in victory and peace -- A people's grief -- The great American Monaghan, J. Lincoln bibliography Oakleaf, J. Lincoln bibliography Bound in cloth; frontispiece Copy 1: [3] p. of the publisher's advertisements at end Copy 1 includes [3] leaves of plates 18
Show more
add to favoritesadd In favorites

if you like A life of Lincoln : for boys try: 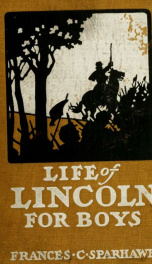 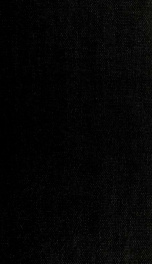 A life of Lincoln for boys 4/5

if you like A life of Lincoln : for boys try:

A life of Lincoln for boys 4/5

A chronicle of conquest 3.5/5
Show more